Since the Houser Brothers and Leslie Benzies are gone, what can be really expected for the next GTA ? 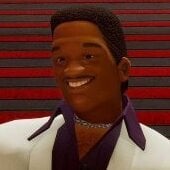 By TimMiller,
July 28 in GTA VI