GTA 6 Speculation & Discussion [Part 7] - The one with the announcement 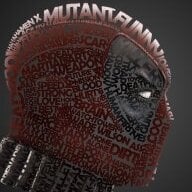 We have been contacted by Take-Two Interactive to take down copyrighted material from GTAForums. As usual with previous games, we will be complying and this topic will be re-opened in due course.

16 days before Halloween, Rockstar will start featuring UFOs within GTA Online. On October 23rd, the stealth UFO will appear instead of the regular UFO model.   Now I know what you thinking,