Vending Machines Potentially Cause Crashes and Corrupt Save Files 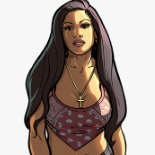