Much like previous game releases, you may not directly share unmodded files directly from the game in this topic, thanks! 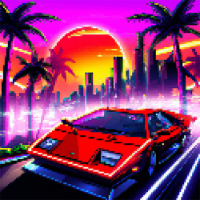 Hey everyone. I've been working on an early version of a lighting mod over the past day. Currently it only supports GTA: SA Definitive Edition. You do not need any sort of reshade for this.

"fixed" Denise, thanks to vados for the model still wonky on cutscenes so no download yet.

This should help for anyone that was confused on the Material abbreviations  Source: https://docs.unrealengine.com/4.27/en-US/Resources/ContentExamples/Materials
Recommended by Spider-Vice