It's fake, I've done some research in the past handful of hours and it seems pretty obviously fabricated. Crossposting from r/GTA6:   First and foremost, the most obvious rebuttal: the thre

Since we are going into 2022, the new year is pretty much a given for the announcement of the next title. Going by Rockstar's pattern with major titles, a release is expected a year after.

Can't wait for the announcement this year. 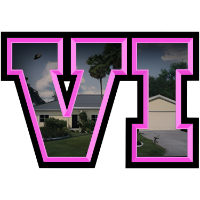 GTA VI CONFIRMED NOT A HOAX