By Spider-Vice,
April 12 in GTA VI

PLEASE avoid sh*tposting for no reason, this topic would rather be dead than have people arguing or posting bad memes that are just spam.

It's fake, I've done some research in the past handful of hours and it seems pretty obviously fabricated. Crossposting from r/GTA6:   First and foremost, the most obvious rebuttal: the thre

Let us hold a vigil. I hope there will be KEKW art in GTA VI.   Sorry Zello 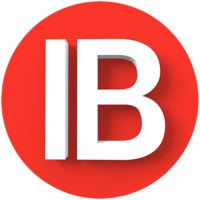 1 and 3 - Correct arrangement of trees. 4 - the sky and behind the house is empty, there are no other buildings. 2 - The houses are almost one-to-one in shape, with only minor changes from Rockstar. I'm 200 percent sure Rockstar teases us with GTA 6 and the city of Miami in it. And it's also clear that Rockstar added something of their own, like 2 palm trees in the center and flower beds.