Is the use of this song a coincidence, or is it intentional? 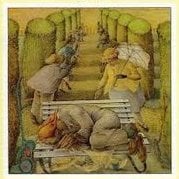