What is the origin of your nickname? 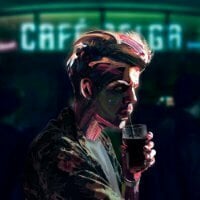 By Dereve,
March 30 in GTA Online