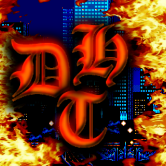 By DeathColdUA,
January 28 in Help & Support