Is GTA 5 better on PS3 than Next Gen/PC? 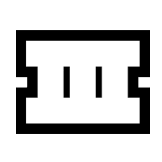