What is wrong [with R*]; Is something wrong? 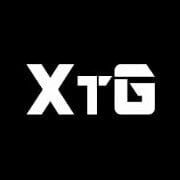 By XerostarTG,
January 12 in Rockstar Games