Rockstar is currently working on one game only (gta 6) ,here is some proof 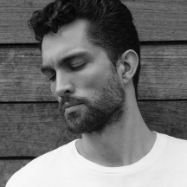 By ApolloThunder,
January 11 in Rockstar Games