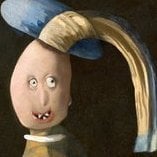 Since a couple of weeks now, my story mode stutters/lags tremendously, and I don't know why. It happens constantly. It doesn't seem to matter whether or not I'm moving the character, or just have them stand in one spot. I'm fairly sure it's not a hardware problem, since online seems to be unaffected.

Clearing cache, did nothing.

Reinstalling game, did nothing.

Start a new game, did nothing.

Note: I don't use mods, so that's not it either.

What could be causing this and what else could I try?

4 answers to this question