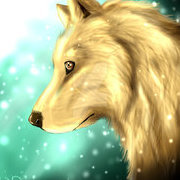 The Destroyed Factory - Mission Pack made by Golden Wolf

By Golden Wolf, May 15 in Mission Showroom