Jump to content
GTAForums does NOT endorse or allow any kind of GTA Online modding, mod menus, tools or account selling/hacking. Do NOT post them here or advertise them, as per the forum rules.
Happy Birthday GTA V! Tell us your best memories from the game and/or pre-release for a chance to be included in an upcoming GTANet.com article! Registering on GTAForums.com is easy and free, and you'll be able to be a part of a passionate fan community!
Sign in to follow this
Followers 2 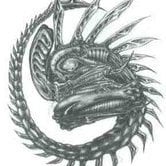 By Gunbladelad, April 6 in GTA Online