The group the Avenging Angels parodied 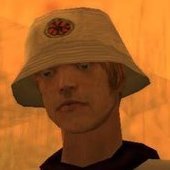