If you created your own GTA game... 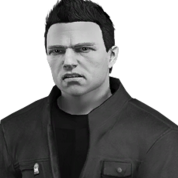