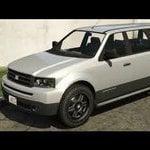 There are more hidden horse stats

By FrancisMcReary, October 30, 2019 in Gameplay