Jump to content
Official Modification Forum Rules
SCRIPTHOOK FATAL ERROR AFTER UPDATE? READ THIS BEFORE ASKING QUESTIONS.
Happy 20th anniversary to GTA3! The groundbreaking open-world game that influenced the whole industry, and very much brought us at GTANet to existence (as GTA3Forums in 2001) as well. | Celebration Topic -> 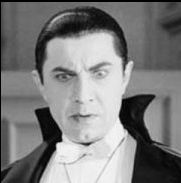