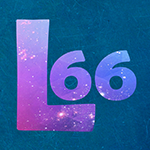 Did anyone ever noticed this about "The Introduction" models?