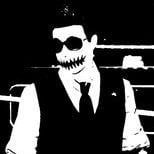 The ZR380: Wasted Potential - How Rockstargames Can Fix It!