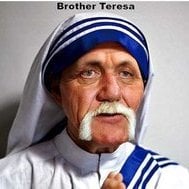 The economy is not broken...!