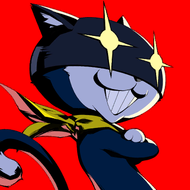 "Gavin!? Has anyone seen an englishman called Gavin? Gav? Gav!?"