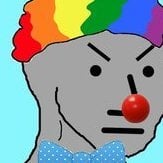 Schwarzenegger Confirms New Austrian Leader was Born Out of Wedlock