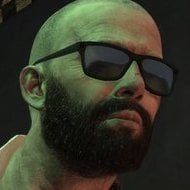 Suttering only on GTA IV

I'm having an issue with GTA IV. Basically, the game stutters like hell with the mouse cursor skipping, and this occurs only if I don't turn the Steam FPS counter on, but if I have it on it works fine. The issue still persists if I disabled the Steam overlay.

Here is an example of the issue. As you see, when I get a message on Steam or anything involving the Steam overlay occurs, the stuttering stops.

Here are my specs:

9 answers to this question