In the wake of recent community-reported GTA Online PC exploits, and based on information from people in the know, it is still safe to play in Invite Only sessions or with tools like Guardian, although it is completely up to you if you want to play!

This specific exploit requires the hacker to be with you in the session, but it is fully up to you whether you want to play at all or not.


There is no evidence that this new exploit has been used for actually harming your PC, there is currently NO full remote code execution (full RCE) exploit in the wild, everything at this moment is a partial remote code execution exploit that is restricted to the game's script virtual machine and changes your "last played character" value to an invalid one to crash your game every time it loads your account. There is no full data corruption.

There's evidence posted by the community that Rockstar already had systems in place to flag accounts affected by the exploit even before it spread in the wild via mod menu, which means it is most likely a one-click repair for affected accounts.

Some, not all, account "corruptions" are only local and fixable by deleting the Documents/Rockstar Games/GTA V folder which includes your save data, then reloading the game. There are also reports that this isn't working for some, it depends on whether the data made it to the server or not. Again, as far as is known, could change, the only data being corrupted is the stat for the "last played character" ID which is easily reversible, but unfortunately you will have to wait for R* to revert the situation if you were affected in this way.

Reports about a full RCE were made by the community, because it *could* be a possibility, but has not happened yet. The only confirmed reports are of in-game hacking and account modification. One of the big mainstream menus has removed the feature, which means the game may be slightly safer, but there are reports that there is still another one, so avoid public sessions at this moment.

This message will change, should updates or corrections arrive. The objective is to collect facts as much as possible, as they come, in this information storm. Thanks! 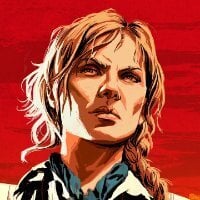