Something crooked going on with Crooked Cop right now? 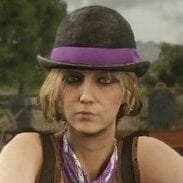