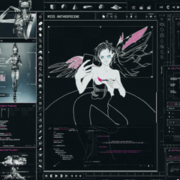 you're a special kind of dumb, aren't you?   before Obama could even take office the GOP was stoking the fear of racial tension by questioning whether or not he was an America citizen, questioning w