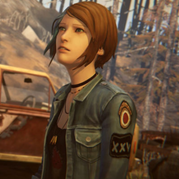 You can get the latest Updated SCM here (current version 2.0 new (reorganized):  https://github.com/niltwill/vc-updatedscm
Recommended by Sneed