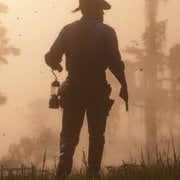 The "I Love Karen Daniels" fanfic

By saintsrow, November 26, 2015 in Writers' Discussion