Jump to content
Official Modification Forum Rules
SCRIPTHOOK FATAL ERROR AFTER UPDATE? READ THIS BEFORE ASKING QUESTIONS.
In order to test a fix for iOS users with issues browsing the site, we have temporarily disabled the quick navigation sidebar - sorry for the inconvenience, hopefully we can bring it back soon | Feedback topic -> 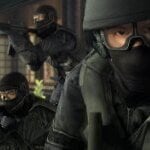