Should we report God-mode glitchers? 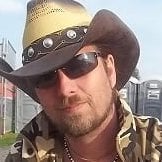