Rules:       Thanks to the efforts of some members we have a new way to enter previously broken colors again. I will link to all the Crews we have so far that contain these uniq 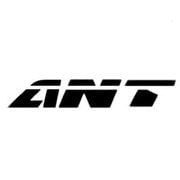 Over the past few months, I’ve been going through this ENTIRE forums page collecting over 100 colors for over 20 car companies (mostly ones that I’ve wanted/liked so not every single color posted in t

Edit: These codes were taken directly from the suit textures, but it looks like it does not match completely with the Shotaro. The suit glows much more brighter than the bike so the codes below will h