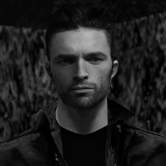 Updates:     The Dyablo has been added to the game, painstakingly remade by Son of Big Boss! This ride comes in a variety of colors thanks to Serg's carcols overhaul, but I think w

Note: This mod is not a standalone installation, a vanilla copy of Grand Theft Auto III is required to play. Remember to follow the instructions in the ReadMe or it might not work! We can be reached on Discord here: https://discord.gg/VgPRFK4Cf9
Recommended by Igor Bogdanoff