Switching between targets in melee combat 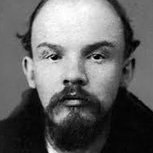 By LazlowsucksiloveslutS,
August 7, 2014 in Help & Support