Jump to content
If you intend to post many, many images, please be courteous and use spoiler tags so you don't kill people's browsers and bandwidth, especially on mobile. Thanks and happy vehicle posting! 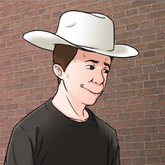