By Savagemessiah,
October 1, 2013 in GTA Online

On the left is past gen, on the right is current gen 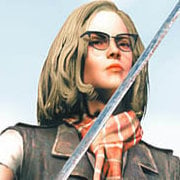 Times have changed! The new character customization for current gen is in the air and people owning both console and game are now able to make characters that looks a lot better compared to last gen.