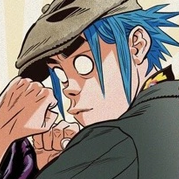 1) Yeager's Christmas break has come to an end, and he needs to get back to his casino in Venturas for a New Year party. The crew bid him farewell.   Yeager: Well, this is goodbye, guys. Niko: We h

4) Las Venturas.   They land outside of Caligula's Casino.   All three of them: ARRRRRRRRRRRRRGGGGGGGGGGHHH!   They land.   Niko: Well, that wasn't so bad. I even managed to save these stupid