OOOOH YEAAAH   GTA San Andreas 2016 final version     OOoooooh guyyyys finally I finished it. It's been more than a year since I started this map with the idea of making a 2015/16 version of 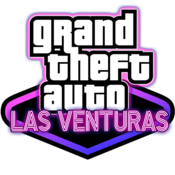 Hi friends! After months of research (Im Argentinian and never set foot in the US) and editing I was able to create a map expanding my older map of Las Venturas into Tierra Robada, Flint County, Whets

Post yer finished maps and WIP maps here!   Rules Don't post other's maps, especially pretending they're your own. We've likely seen them already, and this is a mapmaking thread